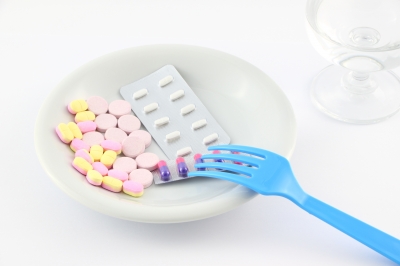 Acetaminophen (Tylenol) is used to relieve pain and reduce fever in adults and children. It will not reduce inflammation due to injury or other conditions. Avoid alcohol and other prescription or OTC medications that contain acetaminophen while using acetaminophen. Taking too much acetaminophen may lead to liver damage. The most common side effects are constipation, nausea, vomiting, itching, and insomnia.

Ibuprofen (Motrin, Advil), naproxen (Aleve, Naprosyn, Anaprox), aspirin (Bayer, Ecotrin) are non-steroidal anti-inflammatory drugs (NSAIDs) used to relieve pain, fever, headache, migraine, arthritis, body aches, and menstrual pain. They also reduce inflammation. They should be taken with food or milk to prevent stomach upset. Avoid alcohol or smoking to reduce the risk of bleeding from the stomach and intestines while taking these medications. Long-term use of NSAIDs is associated with stomach bleeding and ulcer. Contact your physician if you develop dark stools or have unusual bleeding. The most common side effects include stomach upset, rash, nausea, vomiting, headache, and dizziness.

Antihistamines are one of the top choices for treating seasonal allergies. They are used to reduce symptoms of allergic seasonal rhinitis such as sneezing, runny nose, and itching.

Diphenhydramine (Benadryl), chlorpheniramine, and (Chlor-Trimeton) are classified as sedating (first-generation) antihistamines because they easily cross into the brain and cause drowsiness. Avoid drinking alcohol and avoid activities requiring mental alertness while taking these drugs. These antihistamines may cause sensitivity to sunlight. Use sunscreens or wear protective clothes when outdoors. The most common side effects are drowsiness, dizziness, dry mouth, and headache.

Loratadine (Claritin), certirizine (Zyrtec), and fexofenadine (Allegra) are classified as nonsedating (second-generation) because they do not easily cross the blood brain barrier and cause less drowsiness at recommended doses

Nasal congestion is a common allergic rhinitis symptom that can be controlled with decongestants.

Phenylephrine and pseudoephedrine (Sudafed) are decongestant that are absorbed into the body. Initially, these drugs may cause sneezing and dryness. These drugs may cause trouble sleeping and should not be taken at bedtime if they are affecting sleep. The most common side effects are elevated blood pressure, rapid heart rate, nervousness, restlessness, anxiety, and insomnia. pseudoephedrine is available behind-the-counter. Patients need to ask the pharmacy staff to grab one behind the counter; government ID is needed for this purchase in some states.

Oxymetazoline (Afrin), phenylephrine (Neo-Synephrine), and naphazoline (Privine) are topical decongestants administered into the nose. They should not be used longer than 3 consecutive days, otherwise, symptoms may get worse. Their common side effects are the same as systemic decongestants, but they are less common since less topical medications gets into the body.

Coughs are described as productive or nonproductive (dry cough). Dextromethorphan (Delsym) is very helpful for hacking coughs. A driver’s license or government ID may be required to purchase this medication. Avoid drinking alcohol when using this medication. The most common side effects are nausea, vomiting, dizziness, headache, and constipation.

Guaifenesin (Mucinex) helps loosen mucus in the lungs. Take with plenty of water to help loosen mucus. If cough persists for more than one week, contact your physician. The most common side effects include drowsiness, headache, nausea, vomiting, stomach pain and rash.

Sodium bicarbonate (Alka-Seltzer), calcium carbonate (Tums), aluminum hydroxide (AlternaGel), magnesium hydroxide (Phillips Milk of Magnesia) are antacids. They work by neutralizing acid in the stomach. They are usually taken at the onset of symptoms and relief of symptoms begin within 5 minutes. The most common side effects are diarrhea (magnesium), constipation (aluminum, calcium) and stomach cramps.

Cimetidine (Tagamet), famotidine (Pepcid), and ranitidine (Zantac) are histamine 2 receptor antagonists. They work by decreasing the secretion of acid in the stomach. They are usually taken 1 hour before symptoms are expected and relief of symptoms begins within 30-45 minutes. Combination products of antacid and histamine 2 receptor antagonists provide more rapid relief and longer duration. The most common side effects are headache, dizziness, diarrhea and nausea.

Omeprazole (PrilosecOTC) and lansoprazole (Prevacid 24 HR) are proton pump inhibitor. Proton pump inhibitors are the most potent inhibitors of acid secretion in the stomach. They irreversibly bind to and inhibit the proton pump which secretes stomach acid. They are used for the relief of frequent heartburn. They should be taken 30 minutes before breakfast and with a full glass of water. The most common side effects are headache, diarrhea and nausea.

Loperamide (Imodium) should not be used for abdominal pain in the absence of diarrhea. It is only used for a short period of time (48 hours) unless directed by a physician. This medication should not be given to children 2 years of age or younger. Maximum dose is 8 mg/day for self-treatment. Maximum dose is 16 mg/day if patient is under medical supervision. The most common side effects are dizziness, drowsiness, rash, and constipation.

Bismuth Subsalicylate (Pepto-Bismol, Kaopectate) reacts with hydrochloric acid in the stomach to form bismuth oxychloride and salicylic acid. This agent should not be given to children younger than 12 years or teenagers who are recovering from chicken pox or influenza. It is only used for a short period of time (48 hours) unless directed by a physician. Bismuth subsalicylate can cause a harmless dark discoloration of stool or tongue.

Medications used for treating constipation are classified by their chemical structure, and site or mechanism of action. Types of medications for constipation include osmotic agents, bulk agents, stimulant laxatives, stool softener, and saline laxatives.

PEG 3350 (Miralax) is effective for occasional constipation. It starts working from 24 to 72 hours and its main side effect are diarrhea, stomach discomfort, and cramping.

Methylcellulose (Citrucel), calcium polycarbophil (FiberCon) hold water in stool, and improve frequency of bowel movements. They begin working within 12 to 72 hours. They should be avoided in patients with fluid restriction or are immobile. The most common side effects are bloating and cramping.

Bisacodyl (Ducolax) and sennoside (Senokot) increase intestinal motility. Their effects start between 6 to 10 hours after administration. The most common side effect is cramping.

Docusate sodium (Colace) softens stools and makes it easier to pass stool. Its effects are seen between 24 to 72 hours. It is useful for patient who should avoid straining. The most common side effects are diarrhea and cramping.

Magnesium hydroxide (Phillips’Milk of Magnesia suspension) and magnesium citrate (Citroma solution) draw water into the intestine to increase movement of the intestine. These laxatives begin working within 0.5 hour to 3 hours. They should be taken on an empty since food will delay their action. Patients with renal failure or are at high risk for changes in concentration of blood electrolytes (for example, sodium, potassium) should avoid these agents. The most common side effects are dehydration and electrolyte changes.

Over-the-counter topical antifungals are considered effective and safe for self treatment of fungal skin infections. Examples include clotrimazole (Lotrimin), tolnaftate (Tinactin), terbinafine (Lamisil). It usually takes 2 to 4 weeks to see their effect. Apply the antifungal to clean, dry, affected areas and wash hand with soap and water after applying the product. Avoid getting the product in the eyes. The most common side effects of topical antifungals include itching, redness, and irritation.

Head lice usually invade the head and live on the scalp. Permethrin (Nix) and Pyrethrin combined with piperonyl butoxide (A-200, Rid, Pronto lice killing shampoo) are two nonprescription agents available for treating head lice. The most common side effects include redness, swelling, itching of the scalp.

Permethrin causes paralysis of lice by disrupting their nerve cell membrane. One treatment usually is enough unless more active lice are detected.

Pyrethrins cause paralysis and death of lice by blocking nerve impulse transmission. The treatment is repeated in 7 to 10 days.

First-generation antihistamines are used to improve patient’s symptoms. Diphenhydramine (Benadryl, Sominex, Nytol)) is used only for short-term treatment of difficulty sleeping. Take diphenhydramine 30-60 minutes before bedtime. Do not take this medication for more than 14 days because long-term use will cause tolerance to the medication’s effect. The most common side effects are dry mouth, blurred vision, sedation, and difficult urinating. Doxylamine (Unisom) is another antihistamine used for treating insomnia.