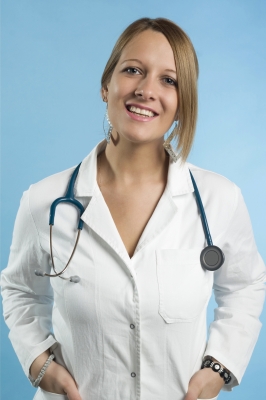 What is Cresemba and its mechanism of action?

Cresemba (Isavuconazium sulfate) is an oral and injectable antifungal indicated for treatment of invasive aspergillosis and invasive mucormycosis. It belongs to the triazole class of antifungals which are first-line agents for multiple fungal infections. Isavuconazium sulfate is an inactive prodrug and requires conversion into its active form, isavuconazole. Cresemba works by inhibiting cytochrome P450 sterol 14-α-demethylase needed for ergosterol synthesis, which is an important component of the fungal cell membrane. Inhibition also results in accumulation of toxic precursors in the cytoplasm. Cresemba is a broad spectrum antifungal with activity against Aspergillus, Mucorales, Lichthemia, and Rhizopus.

What is Cresemba used for treating?

Cresemba is a triazole antifungal agent indicated for rare and serious fungal infections. It is prescribed for patients:

Aspergillosis is a life-threatening infection caused by Aspergillus species. In a study of ICU patients, 36% of patients had probable  IA and 17% had proven IA. Mortality was 67% in patients with probable  IA and 79% in those with proven IA. In an analysis involving 118 Aspergillus isolates, isavuconazole showed potent fungicidal activity against the major Aspergillus species including strains resistant to itraconazole , caspofungin, and amphotericin B.

Mucormycosis is a severe fungal disease which can be caused by multiple fungi including Mucorales, Lichthemia, and Rhizopus. In a study analyzing 929 IM cases, the survival rate was 3% for untreated cases. The causative fungi are commonly resistant to mainstay therapy. Isavuconazole is another option for treating serious fungal infections.

How effective is Cresemba in treating fungal infections?

In a randomized, double-blind, active-control study, 516 patients were randomly assigned to receive isavuconazole or voriconazole for treatment of invasive aspergillosis. After 42 days of treatment 18.6% of Cresemba and 20.2% of voriconazole treated patients died from any cause.

In a trial involving 37 patients with invasive mucormycosis 38% of patients died of any cause after 42 days of treatment with Cresemba.

What is the dosage of Cresemba?

Cresemba oral formulation is available as 186 mg isavuconazium sulfate capsules (equivalent to 100 mg of isavuconazole). Patients are started on a loading dose of 2 capsules every 8 hours for 6 doses (48 hours) and continued on a maintenance dose of 2 capsules once daily starting 12 to 24 hours after the last loading dose. Cresemba capsules may be given with or without food. Store Cresemba capsules at 20°C to 25°C (68°F to 77°F) in the original packaging to protect from moisture.

Cresemba intravenous formulation is available as single-dose vials containing 372 mg isavuconazium sulfate (equivalent to 200 mg of isavuconazole). Patients are started on a loading dose of 1 vial every 8 hours for 6 doses (48 hours) and continued on a maintenance dose of 1 vial once daily starting 12 to 24 hours after the last loading dose. Store unreconstituted vials at 2°C to 8°C (36°F to 46°F) in the refrigerator. The reconstituted Cresemba solution should be used immediately or stored below 25°C for a maximum of 1 hour prior to preparation of the infusion solution. Cresemba should be mixed with 250 ml of D5W or NS and infused at least over an hour. The infusion solution should be kept for not more than 6 hours at room temperature or 24 hours at 2°C to 8°C (36°F to 46°F) prior to use.

What are side effects of Cresemba?

What are Cresemba drug interactions?

Isavuconazole is a substrate of the CYP3A4 enzyme. CYP3A4 is a liver enzyme responsible for the breakdown of multiple drugs, including Cresemba. CYP3A4 inhibitors or inducers may alter the plasma levels of isavuconazole therefore increasing its toxicity or lowering its efficacy . It is a contraindication to co-administer strong CYP3A4 inhibitors (such as ketoconazole and high-dose ritonavir) and strong CYP3A4 inducers (such as rifampin, carbamazepine, and long-acting barbituates).

Cresemba may increase blood levels of atorvastatin, cyclosporine, sirolimus, tacrolimus, midazolam, and mycophenolate mofetil. Reducing the dose of affected drugs may be necessary.

What are warnings and precautions for Cresemba?

Cresemba may cause embryo-fetal toxicity. Cresemba is Pregnancy Category C and should be used during pregnancy only if the benefits to the mother outweigh the risk to the fetus. Cresemba is found in breast milk and breastfeeding is not recommended during treatment.

How much does Cresemba cost?

The average wholesale price (AWP) for oral Cresemba is $1,176 per 14-capsules blister pack. The AWP for injectable Cresemba is $286.20 per single dose vial.

Epidemiology and Outcome of Zygomycosis: A Review of 929 Reported Cases. Infectious Diseases Society of America. 27 Jan 2005. Web 20 May 2015.