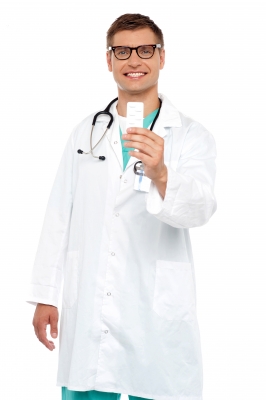 Hydrocodone: Culprit or not so innocent bystander in narcotic deaths?

Overdose deaths from narcotics have continued to climb over the past decade. Opioid painkillers, such as hydrocodone are blamed for the increasing numbers of overdose deaths. While Hydrocodone Combination Products (HCP's) formulated with acetaminophen are the most commonly prescribed pain medication in the United States, it is interesting to note that its potency is in fact far less than other class II opioid analgesics. Even though hydrocodone is not as powerful as other class II opioid analgesics such as oxycodone, methadone, fentanyl, hydromorphone or morphine it is implicated in this epidemic of misuse.
Is it guilt by association?
Although hydrocodone is the most commonly prescribed analgesic and a leading prescribed and dispensed medication in the United States it is debatable whether it should be blamed for opioid abuse. Should this guilt be ascribed to prescribers and not this moderately powerful opioid?
The evidence that hydrocodone has deadly side effects when used alone at typical doses or by the oral route is also questionable. Hydrocodone is rarely if ever the only pharmacologically active compound responsible for the death of its abuser. Case reports suggest that multiple classes of medications, especially benzodiazepines and muscle relaxants along with alcohol use create most of the fatal outcomes associated with hydrocodone related deaths.
Due to its lack of lethal toxicity its dangers are attributed to its potential for addiction and reputation as a gateway drug. Even though it is a weak opioid it is potent enough to precipitate an unpleasant withdrawal syndrome. It is precisely these negative symptoms that compel patients to continue to ask for, acquire and utilize more and more of this popular medication. Anecdotal evidence exists of chronic self-administration of dozens of tablets daily with little noticeable toxicity in the absence of other pharmacologically active and dangerous substances.
Overdose statistics suggest that the most commonly prescribed opioid is responsible for opioid related deaths because of an association with another abused drug or use by an overdose victim. The gateway drug theory, gateway hypothesis or gateway effect suggests that the use of a less deleterious drug opens the door to experimentation with more powerful opioids for a more euphoric high. I do not want to reduce or minimize the role of hydrocodone in the tens of thousands of deaths suggested to be associated with its use. However, deaths rarely occur when patients overdose or over medicate themselves with hydrocodone alone. It may be due to hydrocodone’s lack of potency that gives users the belief that they can use a dozen or more tablets at one time or 25 or more per day without profound toxicity or substantial analgesic benefit.
Alcohol, benzodiazepines, cocaine, marijuana and psychiatric medications including antidepressants and antipsychotics are also commonly found in toxicology screens upon autopsy and are also attributed to large percentages of overdose deaths. Evidence suggests that 75% of overdose deaths are associated with opioid analgesics and some of these deaths were unintentional, some were suicides, and some were undetermined. Some believe that unresolved and intractable pain has led many patients to experiment with higher and higher doses of prescribed opioid analgesics. Could it be that the lack of efficacy in treating chronic pain may actually be the reason why a patient may escalate the dosing in an effort to treat their unrelenting pain? I wonder whether the high percentage of attempted suicides is because patients with chronic pain are denied access to drugs (or pain procedures) that can mitigate their pain effectively.
No one can doubt hydrocodone’s association with the use of other drugs of abuse. Multi-drug toxicity will continue to be the leading cause of death in our country for the foreseeable future. The Drug Enforcement Administration (DEA) final decision on rescheduling hydrocodone combination products to Schedule II of the Controlled Substances will do little to prevent overdose deaths and may actually increase physicians decisions to use more powerful opioids. With this morbid reality we can only hope that prescribers will accept responsibility for their actions and be sincere in their assessment of a patient’s potential to abuse or misuse narcotics.
References