Social networks are becoming increasing popular and valuable as an institutional learning tool with pharmacy students (1). Students in a Comprehensive Disease management course thought addition of a Facebook page was a valuable study tool that enhanced learning(2). Use of Twitter has also been embraced by students, though use can have drawbacks such as class administration disruption due to large numbers of tweets about class assignments(3). Though students seem to be very familiar with social media and positive about using it, pharmacy preceptors may not be as inclined to use this mode of communication (4). This study surveyed University of Florida students and faculty about the use of social networking platforms to help better understand student and faculty perspective on the applicability of these platforms to the academic setting.

University of Florida (UF) students and faculty were surveyed using Survey Monkey regarding use of social media. The survey stratified the response population to students or faculty. Students were further stratified as to graduation date and faculty were asked how many years they had been teaching or practicing pharmacy.

Total combined number of student and faculty respondents was 127 with the overwhelming majority of 112 being students. Students were fairly evenly split per class graduation dates of 2013 through 2016. Interestingly 13 respondents identified themselves originally as faculty in the survey but 20 answered the teaching/practicing pharmacy question, inferring possibly some who taught were also students.  45% of faculty respondents had been practicing for more than 10 years, 20% for 5 to 10 years, and 35% for less than 5 years. 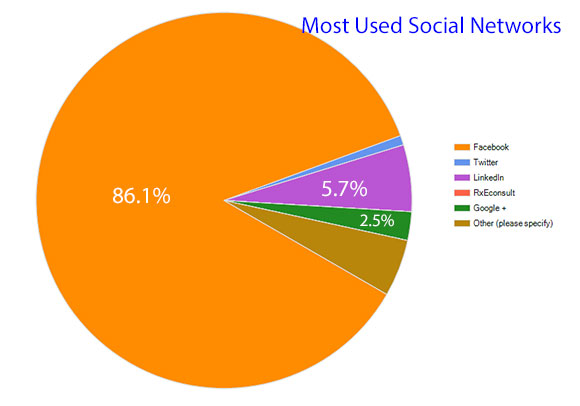 When questioned about overall social network platform use, overwhelmingly, the one used most was FB at 86.1%. 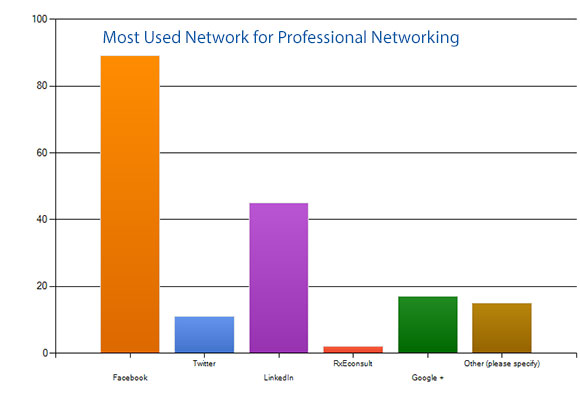 FB was also the most commonly used social network platform for professional networking at 72.4% with LN a distant second at 36.6%. The four other choices made up the difference. 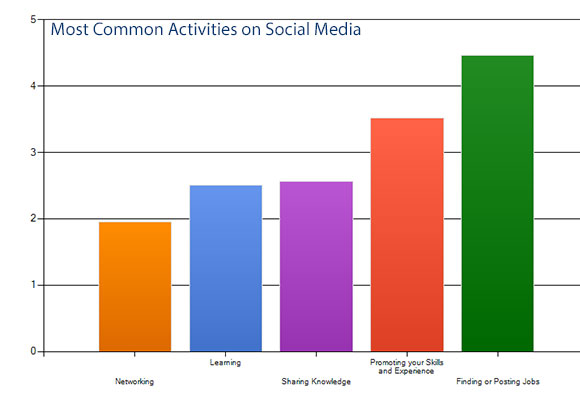 Finding and posting jobs was by far the most common use for the professional social networks. 76.1% of all respondents used them for finding and posting jobs. The following uses in declining percentages were: Promoting your Skills and Experience (9.2%), Sharing Knowledge (8.3%), Learning (4.6%), Networking (1.8%). 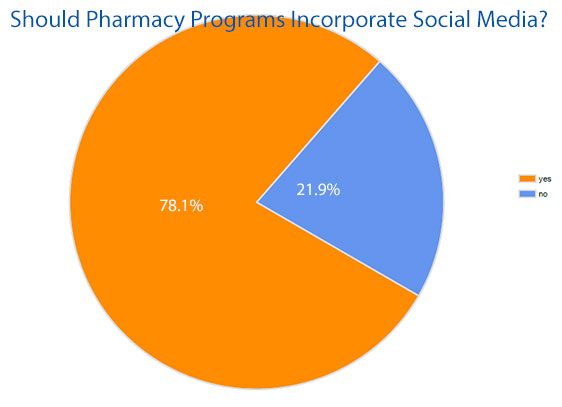 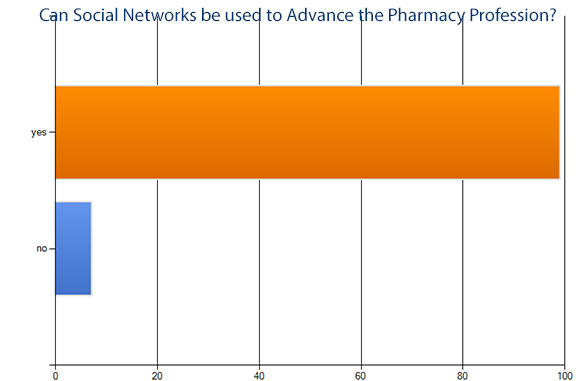 Overall, UF students and faculty use social networking for posting and finding jobs with the majority using these platforms at least weekly. The majority of respondents thought social networks should be incorporated into their pharmacy program and identified them as venues to advance the profession of pharmacy through education of other professions or patients. These results are similar to those found in other studies. Since 62.5% of respondents thought the pharmacy program did not encourage use of social networks, there may be an opportunity to increase the use of social networks at this institution and others to create a more desirable educational experience for students and faculty. A very high percentage of those in the survey indicated they used social networks for finding and posting jobs. This could be an opportunity for the career center at this institution and others to expand the use of social networks to help students find jobs in an increasingly competitive pharmacy job market. Facebook was the most used social network. This may be reflected by the number of years in existence, size of the network, number of overall users, and user familiarity.

The study is ongoing and all pharmacy students and faculty are invited to complete the survey.

How to Use Social Media to Improve Pharmacy and Pharmacy Education

5 Ways to Use Social Media to Develop a Pharmacy Career

Find thousands of pharmacy jobs at the healthcare career center.