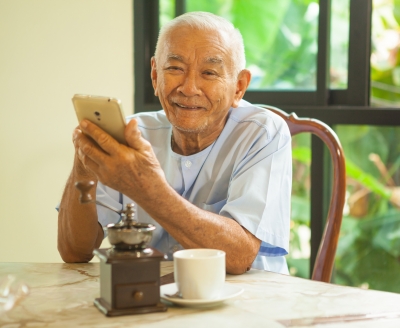 There is no treatment known to reverse Alzheimer's disease. Most of the symptoms are difficult to manage. Among the few symptomatic treatments used for Alzheimer’s include sedatives, which are used to help subdue individuals who become a danger to themselves.

There are a number of dietary approaches that can help lessen the severity of Alzheimer's disease. These dietary modifications are based on reducing damage to the brain that can happen as a result of strokes or oxidative damage, both of which make Alzheimer's disease symptoms worse.

Eating a diet that is rich in antioxidants is believed to help reduce long-term metabolic damage in the brain tissue that can exacerbate Alzheimer's disease. Antioxidant containing foods include fresh fruits and vegetables, seafood and whole grains. A diet that is moderate in cholesterol, low in fat and very low in trans fats helps reduce the risk of stroke. Foods that are heavy in trans fats include deep fried foods and many processed foods. Stroke does not directly cause Alzheimer's disease, but it does make the symptoms of Alzheimer's disease more intense.

Overall, there is no simple rule of nutrition when it comes to the prevention of Alzheimer's disease. It is useful to avoid processed foods and to get a variety of vitamins and minerals from fresh food as much as possible.

Next: Exercise and Risk Factor Modification for Prevention