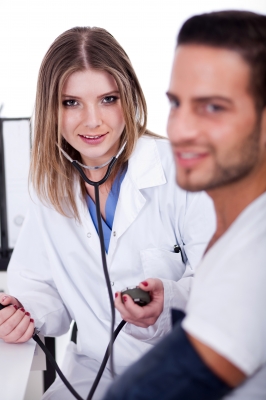 The Renin-Angiotensin-Aldosterone system (RAAS) is one of the most important hormone systems in the body. Without the RAAS we would be helpless when it comes to regulating fluid balance and blood pressure. Daily, I am amazed at how the body works on its own to help maintain all of our internal functioning, despite or best efforts to throw it off track.

In a healthy individual this system works rather nicely to help maintain adequate blood pressure. In an individual with a slightly elevated blood pressure, an increase in the levels of angiotensin II will only worsen the situation, increasing blood pressure higher than is considered normal for daily living.

Dr. Steve Leuck is currently a community pharmacist in a hospital out-patient pharmacy, where he educates and motivates patients to participate in their own pharmaceutical care. He is also owner of AudibleRxTM where OBRA 90 based Medication Specific Counseling SessionsTM are available in audio format.