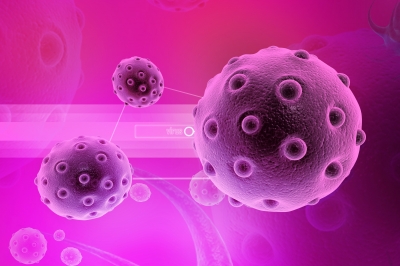 What is Viekira Pak and its mechanism of action?

Viekira Pak is a combination product for treating HCV infection. It consists of 3 direct-acting antiviral agents (ombitasvir, paritaprevir, and dasabuvir) with different mechanisms of action. Each agent targets hepatitis C virus at different steps in the viral life cycle. Viekira also contains ritonavir which boosts blood levels of paritaprevir. Usually, 600 mg taken twice daily of ritonavir is used to treat adult HIV patients. Viekira Pak only contains 50 mg of ritonavir which is much smaller amount than the dose for HIV treatment. The ritonavir in Viekira Pak act is a potent CYP3A4 liver enzyme inhibitor. In other words, ritonavir slows down the breakdown of paritaprevir in the liver so that paritaprevir can stay in the body at a higher concentration to fight against HCV better.

Ombitasvir inhibits a viral protein called NS5A which plays a key role in hepatitis C virus RNA replication. Without proper RNA replication, the virus is unable to multiply and regenerate. Paritaprevir blocks a viral structure called NS3/4A protease which is a required component for proper viral replication. By blocking this structure, the virus is unable to mature and replicate. Dasabuvir blocks a viral structure called NS5B palm polymerase which is also an essential component for replication of hepatitis C virus. By blocking multiple steps in the viral life cycle with these three active agents, hepatitis C virus replication is reduced significantly and sustained virologic response (SVR) is achieved.

What is Viekira Pak used for treating?

Viekira is used with or without ribavirin for treating patients with genotype 1 chronic hepatitis C virus infection including those with compensated cirrhosis. Note that there are several types (genotypes) of hepatitis C virus. They are divided into 6 distinct genotypes with multiple subtypes. Hepatitis C genotype 1 virus is the most common type in the United States and more difficult to treat than genotype 2 and 3.

How effective is Viekira Pak?

FDA approved the safety and effectiveness of Viekira based on the 6 clinical trials including 2308 patients with genotype 1 chronic HCV infection, some with cirrhosis.

The studies measured the cure rate of each patient based on whether or not HCV was detectable in the blood at least 12 weeks after the end of treatment. If the HCV level was below the lower limit of quantification (LLOQ), the patient was considered successfully treated. If the HCV level was above LLOQ, the patient was considered as treatment failure. Overall, the 6 clinical trials showed that the cure rate of patients that were treated with Viekira Pak ranged from 91% to 100% throughout the trials. For example, the first trial showed that 96% of patients who were treated with Viekira Pak plus ribavirin had treatment success and 4% of them had a relapse or treatment failure. For the complete information on all 6 clinical trials, please refer to the Viekira Pak Prescribing Information.

What are side effects of Viekira?

The most common side effects of Viekira include tiredness, nausea, itching, skin reactions such as redness or rash, sleep problems, and feeling weak. More serious adverse reactions include anemia, hyperbilirubinemia, ALT elevation, and muscle spasm based on the clinical trials with Viekira Pak. More adverse reactions may be added once studied with post-market research.

What is the dosage of Viekira?

The recommended dose is 2 pink tablets once in the morning and one beige tablet twice daily with meals.

What if a dose is missed?

If a pink tablet (combination of ombitasvir, paritaprevir, and ritonavir) is missed the prescribed dose should be taken within 12 hours.  If more than 12 hours has passed, the missed dose should not be taken and the patient should take the next scheduled dose.

If a beige tablet (dasabuvir) is skipped the prescribed dose should be taken within 6 hours. If more than 6 hours has passed, the missed dose should not be taken and the patient should take the next dose scheduled dose.

What are Viekira drug interactions?

The following drugs should not be combined with Viekira Pak. This is not a complete list of drugs that interact with components of Viekira Pak. Please refer to the Prescribing Information or check with a pharmacist to see if there is an interaction with a medication.

What are warnings and precautions for Viekira?

Viekira Pak is should not be used by patients with severe liver disease due to the risk of potential toxicity.

Can pregnant women use Viekira?

Viekira is in pregnancy category B. There were no clinical studies conducted with Viekira Pak in pregnant women. However, animal reproduction studies showed that there was no evidence of teratogenicity with ombitasvir, paritaprevir, ritonavir, or dasabuvir at exposures higher than recommended clinical dosage. Viekira Pak should be used during pregnancy only if the benefit outweighs the risks.

If Viekira Pak is used in combination with ribavirin, the combination of ribavirin plus Veikira Pak is contraindicated in pregnant women and in men whose female partners are pregnant.

What is the cost of Viekira?

The estimated retail price of Viekira is about $9,100 per Pak.

Where to find cost assistance for Viekira

There is a Viekira patient assistance program for those with or without insurance. Find out whether your insurance covers Viekira Pak.