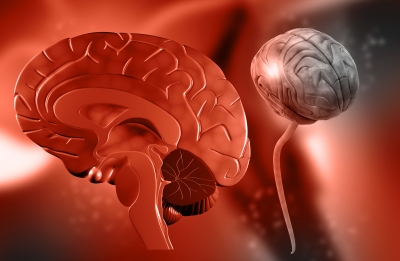 What is Namenda and how does it work?

Memantine hydrochloride is an oral medication that is used to treat moderate to severe Alzheimer’s disease. It exerts its action through blocking the effect of glutamate. Glutamate is a chemical made by nerve cells in the brain and it may contribute to symptoms associated with Alzheimer’s disease. Glutamate is a stimulatory neurotransmitter in the brain. Scientists think that over stimulation of nerves by glutamate may affect how nerves work in people with Alzheimer's disease. Namenda blocks the receptor that glutamate binds to on nerves, reducing the effect of Namenda.

What does Namenda treat?

Namenda is used to treat moderate to severe Alzheimer's disease.

How well does Namenda work?

The efficacy of Namenda was evaluated in two studies in the United States.

In the first study, a total of 252 patients with moderate to severe Alzheimer’s disease participated in the study for a period of 28 weeks. Patients were placed in a group receiving either Namenda or placebo. The Namenda group received 5 mg initially and then the dose was increased weekly by 5 mg increments until a 20 mg per day dose was reached. At 28 weeks cognitive function was assessed using the ADCS-ADL score and the SIB score (Severe Impairment Battery). Both scores use different criteria to assess the functional capabilities of patients.

In the second study, 404 patients with moderate to severe Alzheimer’s disease participated in a 24 weeks study. Patients were placed in a group receiving Namenda plus donepezil or placebo plus donepezil. The Namenda group received an initial dose of 5 mg, and then the dose was increased weekly by 5 mg increments until a 20 mg per day dose was reached.

What are some Facts about Namenda?

Namenda does not cure Alzheimer’s disease; it is used to temporarily reduce the symptoms and slow the progression of the disease.

Namenda is also available in extended release tablets which allows for once a day dosing.

The full effect of Namenda might take 4-8 weeks to be observed.

What is the dosage of Namenda?

For the treatment of moderate to severe Alzheimer’s disease Namenda is initiated using 5 mg tablets once daily. It can be increased by 5 mg/day weekly. The maximum daily dose of Namenda is 20 mg orally divided every 12 hours.

Extended release capsules are started at 7 mg once daily then increased by 7 mg/day each week up to a target dose of 28 mg once daily.

What are the side effects of Namenda?

What are the drug interactions associated with Namenda?

Concomitant use decreases excretion of Namenda by the kidney.

Drugs that are eliminated through the kidneys (e.g., ranitidine, quinidine, cimetidine, nicotine, triamterene):

Concomitant use results in altered excretion of memantine and these agents

What are the warnings and precautions for Namenda?

Namenda increases the risk of seizures.

The clearance of Namenda is significantly decreased by drugs that cause alkaline urine.

Pregnancy: Namenda is a pregnancy category B; animal studies have shown no fetal risk.

Lactation: The risk of Namenda on infant safety is not known.

What is the cost of Namenda?

The average wholesale price (AWP) for Namenda 5 mg and 10 mg oral tablets is approximately $375 for 60 tablets.

The average wholesale price (AWP) for Namenda 2 mg/mL oral solution is approximately $725 for a 360 mL bottle.

How to obtain prescription assistance for Namenda?